France Villeneuve and Sylvain Farand first discovered Mont-Tremblant in 2012. Visiting the area as tourists, they also arrived for the first IRONMAN competition. It was love at first sight! The couple fell for the area, the triathlon competition, and the energy that permeates the resort village throughout the event. That’s when they decided to make it their own personal challenge: “Next year, we’re in!” The following year, after months of preparation and training, France and Sylvain participated in their first demi-Ironman. Since then, the couple have competed every year and have now added the full Ironman event to their track list!

With several real estate projects under their belts, France and Sylvain invested in their first acquisition in the area the following year, and created Pure Tremblant, a high-end townhome project overlooking Le Diable golf course. Today, they own a home at Pure Tremblant, enjoying the area on weekends, when they can train and practice their favourite activities. In just a few short years, France and Sylvain have become true Tremblanites and a source of pride for the whole area!

Specializing in custom projects, the Groupe Sylvain Farand offers its clientele individual, prestigious, and environmentally respectful services for over 26 years. Having built and maintained an enviable reputation as a seasoned builder in Quebec, specifically in the Vaudreuil-Dorion region, the Groupe Sylvain Farand’s main mission is to efficiently meet the needs of its prestigious clientele all while staying on the cutting edge of the latest trends and technologies in new home construction.

The location of every Groupe Sylvain Farand project is carefully chosen and planned in order to provide its clientele with a superior quality of life. What’s more, the layout of each property is always a unique design, conceived of and created to match the singular lifestyle of each homeowner. 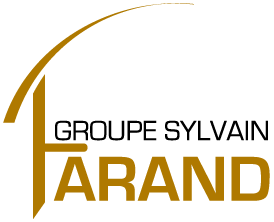